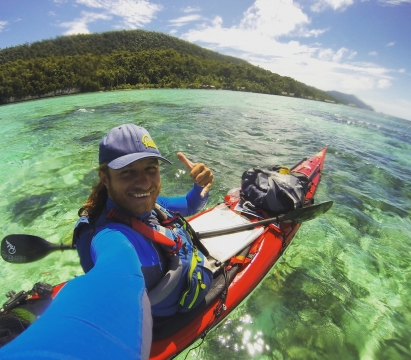 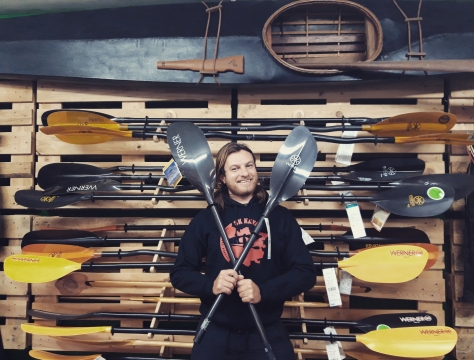 This is Rai Puig Roig, sea-kayak instructor at SK KAYAK, in Catalunya Spain.

Paddling with Werner Paddles since 2013, Rai has accomplished 2 major expeditions:

He coaches at Spain's biggest sea-kayak symposium, and is working on a kayak movie, where he will be accompanied by a blind paddler.

Rai is an adventure who believes that everyone should follow their dreams. He is an explorer and professional sea kayak guide, has a degree in Physical Activity and Sports Science, and is passionate about travel, nature, and outdoor activities. Nowadays, he works at SK KAYAK (www.kayakcostabrava.com)  guiding and coaching sea kayak skills. But  this 32-year-old Catalan has lived and worked in many placesand has completed a series of impressive expeditions: Greenland, Patagonia, New Zealand, Baja California, Wales... always with  Werner Paddles!

Rai’s longest and arguably most significant expedition occurred on the way from Canada to Alaska. This voyage which he appropriately named Paddling to Alaska (https://vimeo.com/140788022) in his documentary took 95 days and 2,000 km to complete.

Rai’s last great adventure which he entitled Solo in Papua ( https://www.youtube.com/watch?v=mTF2_NeivsY), consisted of another solo voyage, this time between exotic islands, waves, sharks and indigenous tribes. Apart from being a traveler, guide, and documentarian, Rai also spends a lot of his time giving motivational speeches around the globe.